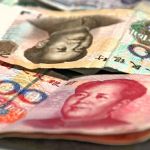 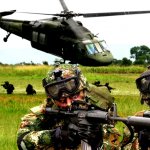 Small recreational drones have not been used by terrorists so far, but they have the potential to be used in deadly domestic attacks. The industry should be monitored carefully, but not viewed with paranoia.

Drones: the word carries an uneasy connotation for many American citizens—remote controlled Unmanned Aerial Vehicles (UAVs) capable of delivering military ordnance to eliminate specific targets, attack strongholds, or destroy entire villages. For years, drones were primarily associated with military operations halfway around the world, but now, technological advances and curious enthusiasts have made the word an ever increasingly common aspect of household vocabulary. Rather than referring to sleek, military-grade vehicles carrying ordnance, the word “drones” is now often used in reference to small Unmanned Aircraft System (sUASs) purchasable by the general public for recreational purposes. These aerial robots—varying widely in size, shape, speed, and price, present a new question to American legislators and law enforcement. As the quiet humming of drones becomes more common in parks and public places across the nation, Americans have expressed concern regarding how this technology could be abused by malicious individuals to wreak havoc on American soil. Indeed, as drone usage becomes more common, authorities must establish safeguards to prevent the sUASs from being utilized to pursue nefarious agendas and prevent the technology from being adapted into weaponry.

The Drone Industry’s Rise (and Threat)

The piloting of remote controlled aircraft is not a new phenomenon, but is a hobby that has been enjoyed by flight enthusiasts since the first radio controlled flight in 1937.1 The introduction of drones into this field of entertainment is merely the next step in the technology of remote controlled aircraft. Small drones of the airplane or helicopter variety were a relatively unexplored form of entertainment that did not gain traction until 2013. But by 2015, the industry had exploded.

Due to the tight privacy practices of drone manufactures in this new and competitive field, exact numbers regarding the sales and profit margins are difficult to obtain. Andrew Amato, editor-in-chief at Dronelife.com, predicts that the sales of the three largest producers of consumer drones—Parrot, DJI, and 3D Robotics—have at least doubled every year since 2013.2 With such a sharp increase of public interest, current legislation is insufficient to deal with the number of drones present in American society.

The exact number of drones within the United States remains unknown. In the late months of 2015 the Federal Aviation Administration (FAA) launched an online registration process required for all drones weighing between 0.55 lbs and 55 lbs.3 Under this system, the owner of a sUAS receives a registration number that must be marked on the vehicle and a certificate of registration that must be on the operator’s person while piloting the drone. Within the first thirty days, nearly 300,000 sUAS owners had registered their devices.4 But under this current system, there is nothing forcing the individuals to register their drone. Just as some individuals operate a vehicle without a license or insurance, there are, undoubtedly, individuals who have failed to register their devices within the national database. This registration system is one of the FAA’s first attempts to monitor the sUAS community.

Even before the drone industry took off there were multiple incidents with drones that highlighted the security breaches they could create and risks that they pose. In 2013, Germany’s Pirate Party utilized a drone to protest the surveillance policies of Chancellor Angela Merkel. Avoiding all security surrounding her campaign rally, they were able to successfully pilot the drone directly up to the Chancellor and make it hover above her head.5 A similar breach of security occurred in Washington DC in January of 2015 when the White House perimeter was breached after a DC resident accidently crashed his quadcopter within the White House grounds.6 While these instances involving security breaches have not resulted in any casualties, they highlight the ability of these small devices to infiltrate secure areas and show how current security is not wholly equipped to deal with the problems that they present.

As the general public becomes more aware of the ability of sUASs to penetrate secure areas, the possibility of turning one of these unmanned vehicles into a weapon has become a serious consideration. Because of their flight, extreme maneuverability, and potential to slip past advanced radar technology, drones are inherently different from other forms of remote controlled systems. Many fear the potential for drones armed with firearms or explosives to exploit the vulnerability of insecure airspaces or gain access to a crowded venue.

When discussing the ability to weaponize a sUAS, it is important to understand the idea of payload, or the additional weight a vehicle is capable of supporting. According to Raggaello D’Andrea—professor of dynamic systems and control at ETH Zurich (the Swiss Federal Institute of Technology in Zurich) and founder of Amazon Robotics—the basic rule of thumb for determining a vehicle’s payload is two pounds of vehicle for every one pound of additional weight.7 While drones are manufactured in an assortment of sizes, the average drone bought by the general public for recreational use costs approximately $300-$500 and weighs only about two pounds, granting it a possible payload of approximately one pound.7 However, there are other models which can carry heavier loads. The DJI T600 Inspire 1, designed for professional videographers, costs approximately $2400 and weighs in at fifteen pounds. It could, theoretically, support up to seven pounds of cargo.8 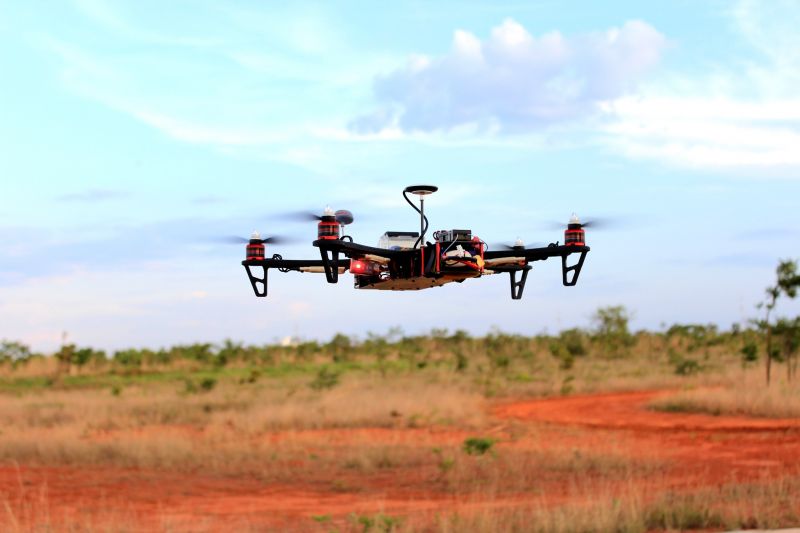 Technically, as proved in a video published by an eighteen-year-old Connecticut resident in July of 2015, it is possible to attach a handgun to these sUASs and discharge it via remote control.9 But successful experiments such as this are not indicative of widespread danger to the public. While it is important to acknowledge the presence of such technology, its effectiveness should not be misrepresented. The Glock 17 is the most widely used law enforcement pistol worldwide and weighs slightly over two pounds with a standard seventeen round magazine.10 The AK-47 is one of the most popular rifles ever produced with between 75 million to 100 million pieces worldwide. The large quantity also makes it one of the most affordable firearms and easier to obtain via unconventional markets.11 When loaded with a standard thirty round magazine, the AK-47 weighs 4.876 kg, or 10.75 lbs.12

The average drone available for purchase by the general public would not be able to support either of these two firearms. Even if modifications were made to support increased weight, the limited ammo capacity of these firearms places a severe hindrance upon the effectiveness of such a weapon. While it should be assumed that this technology will continue to be explored and improved upon, the likeliness of drone with firearms being utilized by malicious individuals to harm to the American people is exceedingly small.

In the event that an individual desired to utilize the advantages presented by a quadcopter in an attack, it is far more likely that they would employ a separate strategy involving the use of explosives. In 2009 Umar Farouk AbdulMutallab, commonly known as “The Underwear Bomber,” attempted to bring down an airliner by detonating explosives concealed within his undergarments. While AbdulMutallab’s plan ultimately failed due to a malfunctioning component, the FBI later determined that the 0.2 lbs. of explosives that he had hidden within his undergarments would have been enough to bring down the entire plane.

While the current technology may not be advanced enough to effectively incorporate firearms, nearly every model of recreational drone would be capable of lifting and delivering explosives to a target. Theoretically, drones could be repurposed and utilized as flying bombs to sabotage targets including airports, power stations, convoys, or political events. Their nimbleness and small size would be advantageous to avoiding security and successfully reaching their destination.

The potential threat of drone terrorism is still a new issue that legislators and law enforcement must constantly manage as technology continues to progress and become more advanced. Short of strictly monitoring the entire market, there is no “catch all solution” that could prevent drones from periodically falling into the wrong hands. For the present time, the FAA should focus on promote responsible usage of the technology by educating the public on safe flying practices and how to enjoy recreational use of the technology without threatening harm to their fellow citizens. Eventually, it may become necessary to implement stricter policies, including requiring owners to undergo a background check and purchase a drone piloting license prior to buying the drone itself. However, any such infringements upon the drone industry should be made with great caution and only with substantial evidence to support the fact that the technology is being misused by consumers. By approaching this subject in such a manner, the FAA could monitor the market in such a way that positively affects the American people while still allowing flight enthusiasts people to enjoy the advances in flight technology. ■

Post-FARC, The US Needs a New Plan Colombia 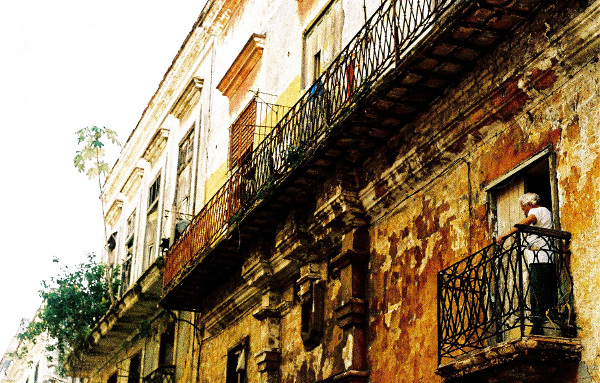 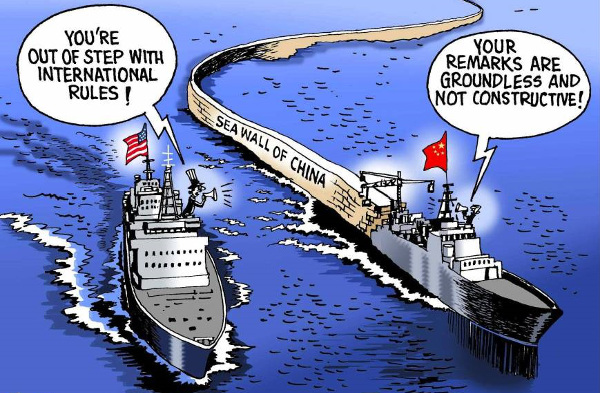