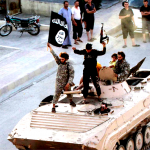 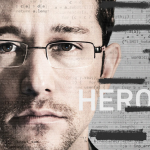 In favor of China, Djibouti has asked the United States to leave. China’s generous investments in Djibouti have paid off, shifting the balance of power in the Horn of Africa.

After a cursory glance, the small state of Djibouti on the Horn of Africa seems like a small player on the international scene. With less than a million citizens and a landmass slightly under the size of the state of New Jersey, the small former French colony gained its independence in 1977, and has been struggling with unemployment and poverty.1 However, with recent international developments, Djibouti has become a new battleground in the ongoing diplomacy game between the United States and the Chinese. In August of 2015, the small state of Djibouti shocked the United States when it demanded that the US vacate the port and facilities of the coastal city of Obock. What made this demand so shocking was the fact that the United States had invested $14 million to upgrade the pier of Obock in 2009, and the Djiboutian government demanded the US withdrawal so that they could give the port to the incoming forces of the Chinese Military.2 Over US cries to desist, construction of new Chinese facilities in Obock began in early 2016. The current deal between Djibouti and China ensures China’s military presence in the country up to 2026, with a contingent of up to 10,000 soldiers.3 Although the Chinese have signed an agreement which gives them access to the port of Obock until 2026, the United States should cut their support for the current president of Djibouti and refocus their efforts to develop local communities in the nation of Djibouti and the Horn of Africa.

The US Involvement in Djibouti

What makes Djibouti so important for US hegemony in Africa and the Middle East is the existence of Camp Lemonnier, the only permanent US military installation on the continent of Africa, which hosts 4,500 troops and contractors who conduct missions against al-Qaeda in Yemen and al-Shabaab in Somalia.4

Located on the southwest side of the Djibouti-Ambouli International Airport, the camp originally belonged to the artillery of the French 5th Overseas Task Force (5th RIAOM). With the advent of the War in Iraq in 2001, the U.S. Government created Combined Joint Task Force-Horn of Africa (CJTF-HOA) to conduct stability operations in the Horn of Africa and the surrounding geographical area.5  Although Camp Lemonnier is controlled by the US military (specifically the USAFRICOM under the control of Commander, Navy Region Europe, Africa, Southwest Asia5), Djibouti also hosts Japanese, French, EU, and Chinese troops that use Djibouti as a base for anti-piracy operations on the Horn of Africa.4

Since the US has downsized its presence in Afghanistan, the US military’s African headquarters in Djibouti has been at the forefront of US strategy and national security policy in countering global terrorism. US President Barack Obama described the camp as “extraordinarily important not only to our work throughout the Horn of Africa but throughout the region.”6 In fact, on his May 2015 visit to Africa, US Secretary of State John Kerry included a stop at Camp Lemonnier, highlighting Djibouti’s significance even among the continent’s more prominent powers.7 As of 2014, the United States has signed a 20 year lease on Camp Lemonnier and pledged $1.4 billion to modernize the camp and attached facilities.6 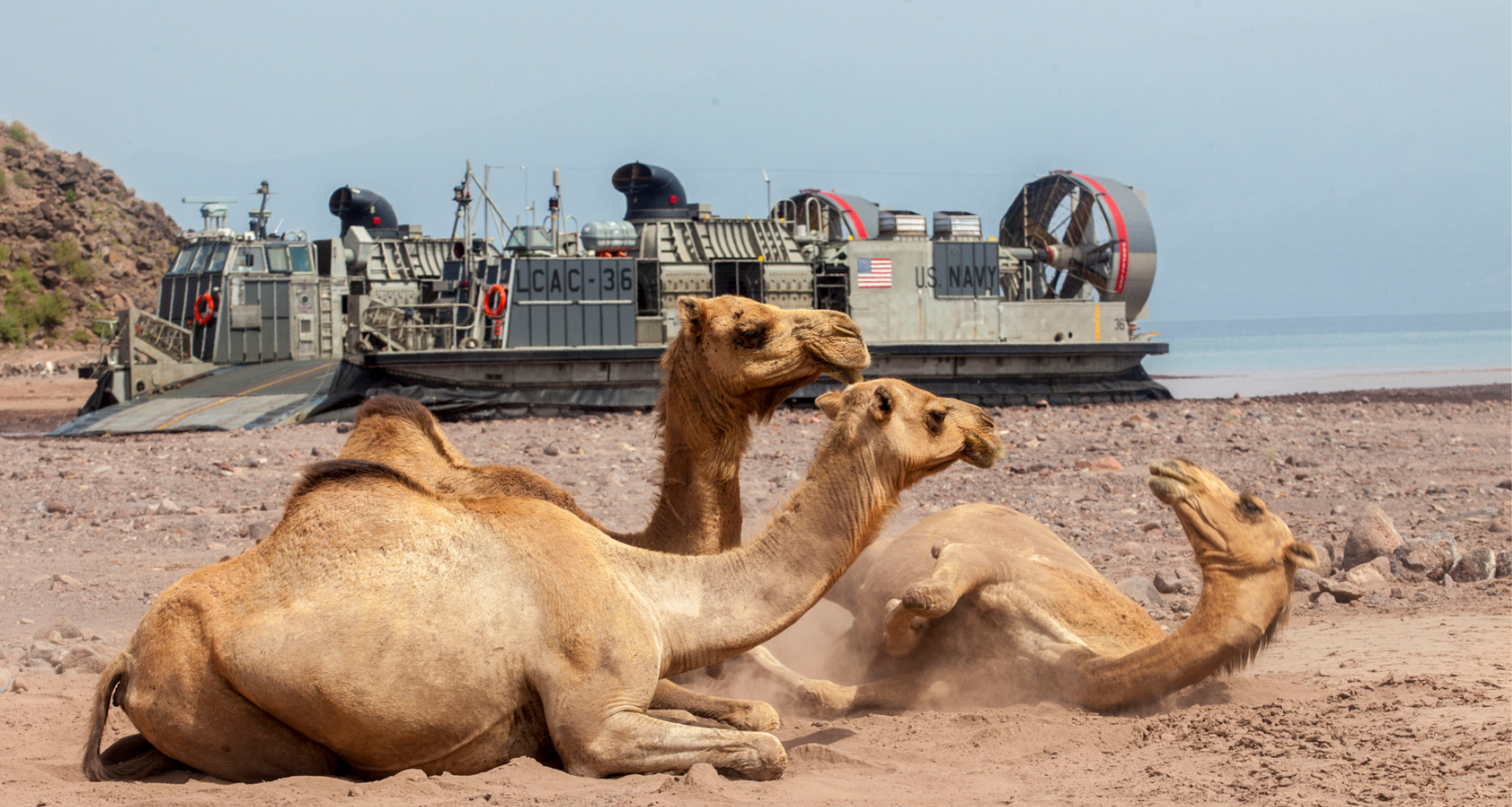 Devoid of a single river or of extractable minerals, Djibouti produces almost nothing; its location has always been its most precious resource. It currently owns some of the most sought after military real estate on the planet.

The reason why its location is so ideal is because the nation of Djibouti overlooks the southern gateway to the Red Sea on the way to the Suez Canal, one of the world’s biggest shipping lanes. Major militaries want a presence there both to shore up regional stability and to counter pirates that that key trade route.8 Between its relative stability and strategic location—20 miles across from war-consumed Yemen and within destroyer range of the pirate-infested western edge of the Indian Ocean—it is now one of the more important security beachheads in the developing world.

Its location also matters greatly to global commerce and energy, due to its vicinity to the Mandeb Strait and the Suez-Aden canal.6 This route is crucial to the health of the world economy: some 20,000 ships, and a not-insignificant 20 percent of global exports, pass by Djibouti annually. In addition, the sea route is a conduit for the world’s hydrocarbons trade, with almost 10 percent of the world’s oil exports travelling through the Straights of Mandab.

Also worth noting is that the Gulf of Aden/Suez Canal trade route is particularly important for the two Asian powers interested in Djibouti: China and Japan. To illustrate, out of the 20,000-odd ships that ply the route yearly, a good 10 percent are Japanese. Similarly, China’s trade with the EU amounts to $1 billion daily, most of which is seaborne and therefore has to use the Gulf of Aden-Suez Canal route.9 Good ports are perhaps more important to Africa than any other region. On a continent bereft of good roads and productive factories, fully 90% of trade happens by sea.10 Thus, the strategic location of Djibouti on one of the most heavily travelled sea-lanes gives it the ability to play landlord to the world’s superpowers  as they attempt to protect their national interests.

For the past few years, China has been seeking a greater role as a regional security provider in Africa. As part of a UN taskforce, China has actively participated in anti-piracy efforts off the Somali coast since 2008. In addition, Chinese President Xi Jinping set new precedent last year when he announced that his country would be providing $100 million in military aid to the African Union (AU) to enhance the AU’s combat readiness. The money will go toward creating an African standby force, as well as an emergency response and quick-response force. Besides that hefty investment into African security, China deployed an infantry battalion to the UN peacekeeping mission in South Sudan in 2014, marking the first time China sent combat troops abroad.11 Besides security, the Chinese have invested billions of dollars into development and aid into African nations. China’s investment stock in Africa surpassed $30 billion in 2014—60 times more than 2000 levels—while over a million Chinese are thought to have migrated to the continent to seek out economic opportunities.8

Indeed, Djibouti is a microcosm of China’s experience and experimentation in Africa. Since 2012-2013, Beijing has invested in Djibouti’s domestic infrastructure through numerous multibillion infrastructure projects, including a new port, two new airports, the recently completed Ethiopia-Djibouti railway, a bulk terminal at Tadjourah, a salt extraction plant at Lake Assal, water, gas, and oil pipelines, and a liquefaction plant. China’s establishment of their first overseas military installation in Djibouti only further demonstrates what was economically already evident: Beijing gives high importance to its relations with Djibouti.3

Beijing’s grand plan involves the creation of a “Maritime Silk Road.” This sphere of influence and policy projection includes an international network of sea infrastructure aimed at securing its most vital trade routes, ensuring the undisturbed travel of China-bound raw materials and energy vessels, and protecting the transportation of transformed products back to Europe through the Gulf of Aden.3  Djibouti is both the first step and the heart of this strategy. The Djiboutian naval base represents the “first pearl of a necklace” as it protects the main sea route that connects China to the Middle East. According to Assaf Orion, an analyst at Israel’s Institute for National Security Studies:

“In this context, the naval base in Djibouti should be seen as a step, albeit a modest one, in a longer and more significant journey toward realizing China’s national, global, and military aspirations.”3

Since 2008, China has focused its investment in Africa and as a result has reaped the benefits as Africa’s main trading partner. This has allowed China to shield its imports from the Middle East, which pass through the Gulf of Aden into the Indian Ocean and then on to the South China Sea. It has also enabled China to secure a long-term economic foothold on the continent. As it is projecting goodwill and power in Africa, the Chinese will be able to ensure the security both of its citizens and companies in the underdeveloped and sometimes lawless nations of Africa. Djibouti will become the center of Chinese influence in the region, and provide a platform from which to launch new economic efforts deeper into the African continent.3

Although the US has currently leased Camp Lemonnier until 2034, public opinion among the Djiboutian population tends to side with Chinese interests. This is partly because Obama’s policy of “Lead from Behind” has left a power vacuum into which the Chinese have stepped.

Djibouti has received more than $12 billion of investment from China for new ports and airports to create what is being touted as the biggest and most dynamic free trade zone in Africa.  Western firms, on the other hand, have been deterred by political difficulties and are doing business less and less. Chinese firms have taken their place and assist in propping up President Guelleh’s regime. State-owned China Merchants Holding bought a $185 million stake in the immensely important Port de Djibouti, while China State Construction Engineering Corporation secured a $420 million bid to further enhance the port’s facilities. The Chinese are also constructing a $4 billion railway line between Djibouti and Ethiopia. As for the naval base itself, China will be paying $20 million per year for the next decade.11

As of today, China appears to have won the battle for public opinion in Djibouti. Although there are some who doubt the wisdom of accepting Chinese investments, fearing that it will lead to Djiboutian dependence on China, there is an undeniable enthusiasm for Beijing’s investments among stakeholders and professionals in different key industries in Djibouti.3

According to Mohammed Ali, the secretary-general at Djibouti’s Foreign Ministry:

“We’ve been criticized for working with the Chinese, but they are doing business everywhere, it’s not just with us…And if other countries are not investing here, what do you want us to do?”8

A US solution, from a business perspective, is clear. Although the US cannot stop the Chinese from entering and building a base in Djibouti, the US can counter Chinese influence by investing in the people of Djibouti. To be more specific, giving funding directly to the citizens could bring public opinion back to support the US. The Chinese have invested heavily in government projects and infrastructure; however, local producers and logistics companies have few opportunities to benefit directly from China-sponsored infrastructure projects.3 Giving direct and purposeful microloans to the local economy would enable enterprising Djiboutians to partake in the growing wealth of their small nation. ■

Getting High On Terrorism: Hezbollah’s Drug Deal with ISIS 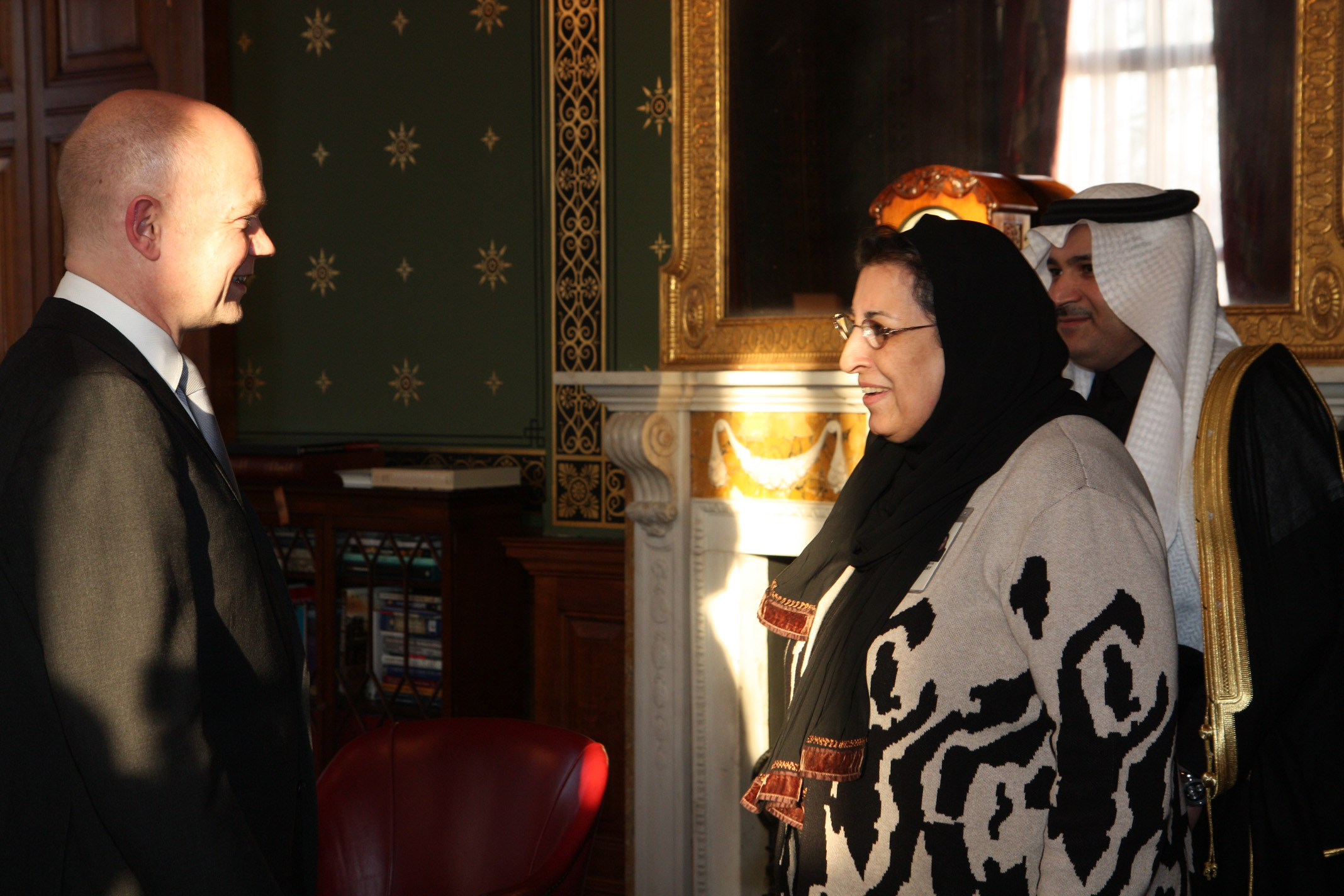