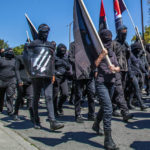 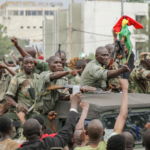 The Beginning of the Information Blitzkrieg

Since the annexation of Crimea and the formation of the People’s Republics of Donetsk and Luhansk in the Donbass region of Ukraine during the spring of 2014, Russia and Ukraine have warred. In east Ukraine, pro-Russian forces in Donetsk and Luhansk have received Russian equipment as well as the support of several different Russian Spetsnaz special forces units. [3] While in Crimea, unmarked Russian soldiers, referred to as “Little Green Men,” assisted locals with the process of annexing Crimea. [4] Throughout the conflict, Russia has pressured Ukraine not only physically but also through means of information. Due to its proximity and shared history with Russia, Ukraine has cultural ties with Russia which Russia has fully exploited. According to polls taken in 2016, approximately 95% of Crimeans received their news from television channels, almost all of which were owned by the Russian government. Two large Russian social network websites supplied 70% of Crimean internet users with their news. [5] Ukraine has taken steps to counter this form of Russian perception management, going so far as banning a large number of Russian television channels, social media sites, and movies. [6]

Russian perception management has expanded, however, transitioning from attempts at swaying the Ukrainian population to attempts to influence the world. Russia’s perception management efforts were on full display when the nation accused Ukrainian air defense systems of downing Malaysian Airlines Flight 17 in an attempt to sway international opinion against Ukraine. [7]

Russia, to downplay its involvement, has made significant efforts in persuading German media to portray the war in Ukraine as a mere civil war. [7] After Russia seized Ukrainian companies operating in Crimea, Russia gave the companies new management to legitimize Russia’s claim on the region. [8] Within the separatist regions of Donetsk and Luhansk,  Russia has attempted to give this region its own identity through creating news agencies, mentions in school textbooks, and even official Twitter accounts. [9]

Russia’s Knife in the Dark.

After this survey, General Breedlove’s comments feel like an understatement. While Russia’s perception management efforts in Ukraine have not single-handedly won the war, they have divided local and international responses, bolstered support at home, and provided separatists with a veneer of manufactured legitimacy. Russia’s efforts raise the possibility that Ukraine has become a proving ground for this additional facet of warfare. If this is the case, it would align well with Russia’s current strategies. The nation does not have the wealth of either the United States or China, so it is seeking alternate ways to remain a relevant international player, and perception management does just that. If Russia cannot rely on brute force or economic pressure to achieve its policy objectives, then it can at least disrupt local and international responses by deploying informational chaff to distract and divert, helping to guarantee a more favorable outcome.

Perception management is also dangerous because it can suggest many narratives at once. Russia appears as simultaneously the third Rome, uniting Slavic nations under its banner and freeing the oppressed Russian ethnic groups in various countries, while also establishing minimal contact with the “purely civil war” in Ukraine. Finally, Russian perception management is effective because it has global range. By using the internet, Russia can utilize bots on Twitter to subtly push one narrative to individuals in the United States, display another to Germany, and present yet a third to Ukraine.

As Russia continues to develop and utilize its perception management capabilities, finding counters to Russia’s strategy is crucial. While the focal point of current Russian perception management might be Ukraine, Russia is nurturing the ability to shift its target to larger nations. Ukraine has already taken the initial steps to counter perception management via banning Russian television channels, movies, and social networks, but further responses are available. [5]

One option presented by the RAND Corporation is to work with influential pro-Ukraine Twitter users to form counter-narratives to the perception management techniques used by Russia. [10] Coordinating efforts with officials would create an opposing force to balance out Russian efforts. Other suggestions from RAND include identifying and publicizing known Russian information proxies, attempting similar perception management techniques targeting Russia, and applying sanctions as a response. [11]

Conflict between nations is no longer as simple as tests of military or economic might. As the world moves further into the information age, it is crucial for the U.S. to understand the vital role that information plays in conflicts between nations. By pursuing these solutions, as well as seeking a better understanding of perception management, the U.S. will arm and prepare itself for competition in this new age.

[7] Katri Pynnoniemi and Andras Racz, “Fog of Falsehood: Russian Strategy of Deception and the Conflict in Ukraine,” The Finnish Institute of International Affairs, 10 May 2016,

[9] Pete Pomerantsev, “Russia and the Menace of Unreality,” The Atlantic, 09 September 2014, https://www.theatlantic.com/international/archive/2014/09/russia-putin-revolutionizing-information-warfare/379880/ 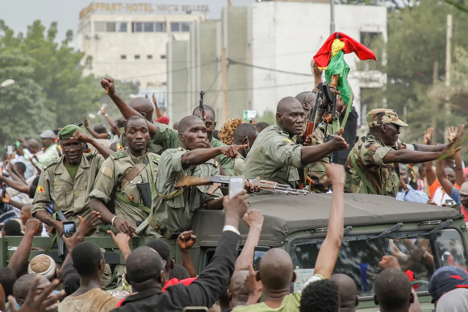